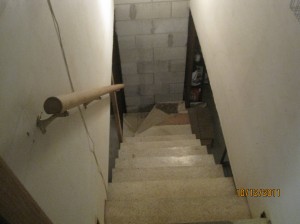 As we noted in an earlier post “The stairs to the basement are steep, narrow, and have a difficult to maneuver set of winders at the bottom” .
The total stair rise from the finished basement floor to the finished kitchen floor is 96″.
A set of stairs meeting code would require eleven treads with twelve 8 ” risers. We will use an ell shaped opening 37″ wide with the length of the long section at 128″ and the length of the lower section 45″.

The pictures that follow will show the steps in framing the new stair opening for the new stairs that will meet code.

Below is a picture of the stair opening with the existing walls removed. 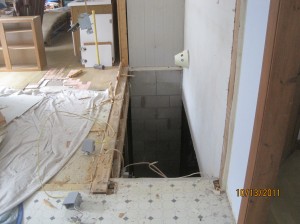 Below is a picture of the flooring cut back to prepare for framing the opening. 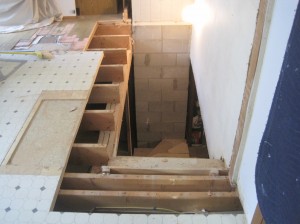 After the flooring is cut back it is necessary to build a temporary wall underneath the floor to support the floor system when the existing girder is removed. 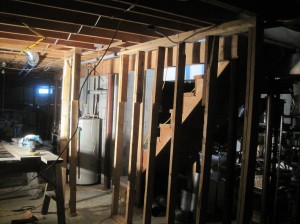 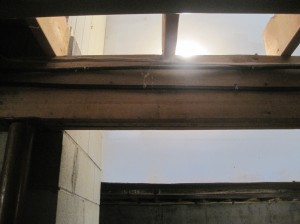 the existing electric wires on the girder must be moved 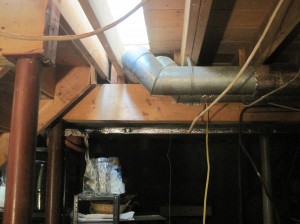 After the electric wires and duct work have been moved the floor joists can now be cut back to form the new size opening and the girder can be cut out. 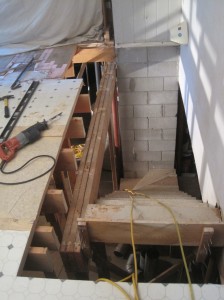 The girder can now be cut out.

After the girder is cut out the permanent bearing  stairway walls are built the in basement. 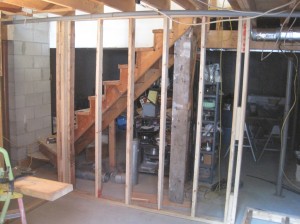 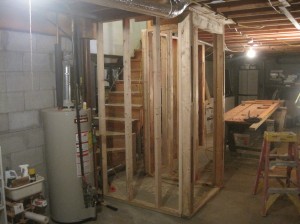 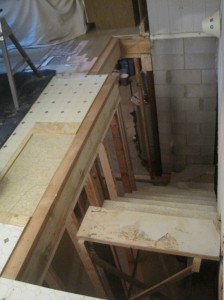 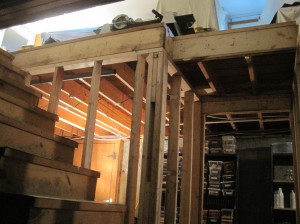